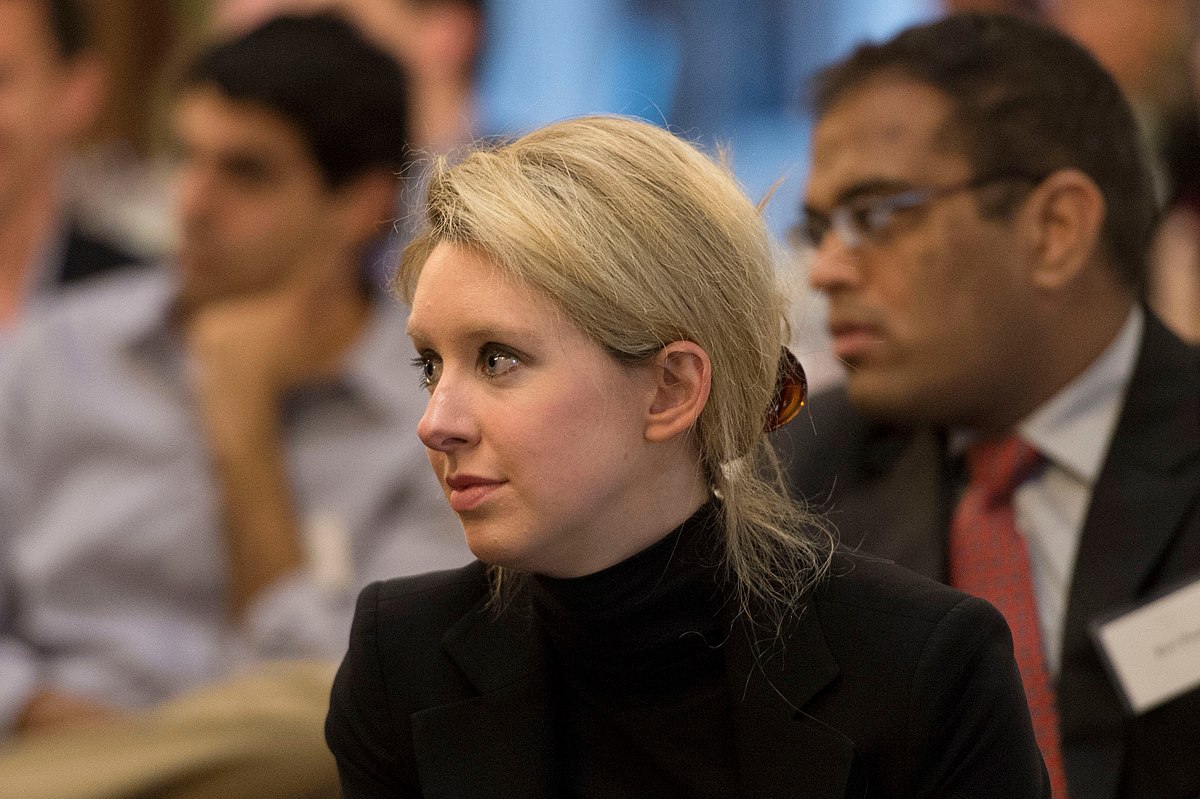 It’s likely that over the past few weeks you’ve caught a glimpse of Theranos Founder Elizabeth Holmes. Whether you’ve seen the giant billboards for the HBO documentary The Inventor, or you’ve read one of the countless articles about her ill-fated company or her obsession with Steve Jobs, she has become a bit of a household name in recent times.

Last month, after reading a riveting piece in Vanity Fair about Holmes, I was consumed by her story. I journeyed down a rabbit hole where I read the New York Times’ bestseller ‘Bad Blood‘ by Wall Street Journal investigative reporter John Carreyrou and listened to the ABC News podcast The Dropout. And, of course, I anxiously anticipated the documentary and watched it with fascination.

There are so many layers to Holmes’ story but I found myself captivated by how effortlessly she managed to secure $900M in investment capital for a business in which its primary invention never worked. Her quick ascent and equally as fast demise captured our attention because it appears to be yet another tale of greed at any cost.

However, Holmes’ narrative is much more complex, but all too familiar. On the surface, it resembles the notorious Bernie Madoff Ponzi scheme. They both had the ability to lure victims into their traps, only Holmes seemed more pathological. She employed a cultivated skill for methodical persuasion to swindle investors out of nearly a billion dollars and convince the world that she was a wunderkind. Akin to Holmes is Fyre Festival fraudster Billy McFarland. McFarland, another college dropout and early entrepreneur, rose to notoriety in 2017 after his ill-fated Fyre Festival—touted to be the next, but better, Coachella—turned out to be a disaster. He is now serving 6 years in federal prison after pleading guilty to fraud. And, while he manufactured FOMO (fear of missing out) as Holmes did, creating demand and first-world angst, his powers paled in comparison to Holmes.

As Holmes graced the covers of magazines and spoke at countless global events, there was not a trace of doubt in her credibility. She altered her voice to sound more masculine, modeled her wardrobe after Steve Jobs (including regularly copying his trademark black turtlenecks), and hypnotized audiences by rarely blinking. It’s no wonder that experts continue to marvel at her tenacity and expertise in attracting influential figures.

Even more, she convinced iconic political figures like former Secretaries of State George Schultz and Henry Kissinger to sit on her board. She secured substantial investments from billionaires like Rupert Murdoch and Betsy DeVos, despite a remarkable lack of evidence that her blood testing device worked. When other young adults were deciding on options for studying abroad for a semester, she was heralded as the most powerful woman in tech and many believed that she would change healthcare in the way that Steve Jobs impacted personal computing.

Communication Skills Got My Son Into College. No Bribery Required.

Even as Holmes’ house of cards began tumbling, she was resolute in her ability to persuade those taking note that the lack of meaningful success of her product was a result of not enough time for testing (rather than the elaborate hoax that she had been carefully constructing for nearly two decades). It was not until the story of her colossal fraud began making headlines that experts examined her body language more closely. Last year, body language expert, Dr. Jack Brown analyzed her facial expressions from a CBS News interview. He concluded that her wide-eyed stare and lack of blinking contributed to what he believed to be a psychological pathology that screams of deception.

In his analysis, Dr. Brown reports:

In the abstinence of a few medical conditions (such as Thyroid eye disease), when the eyelids are opened so widely, with such high frequency and long duration — coupled with a relaxed forehead (e.g., as is demonstrated in the first three images and during almost this entire interview), there’s a very high correlation with:

We can all reflect back and wonder how all of her affectations and obvious signals of deceit were missed but we must remember that people like Holmes have deft skills. She honed her craft from a young age and, like other successful con artists, used her nonverbals to convey a persuasive message. Sure, we all work hard to emulate similar behaviors but most of us are using our powers for good—not evil.