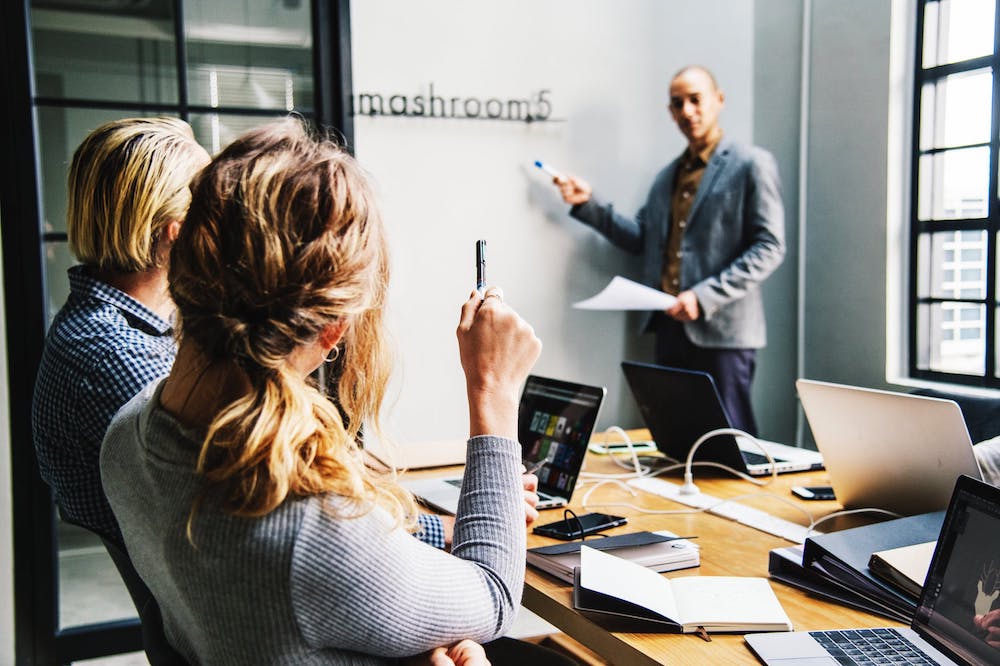 As startup founders with a product designed to help people improve their communication skills, my partner and I assumed pitching investors was one worry we could scratch off our list. But this was far from the case. We quickly discovered we had a lot to learn.

At the time, my co-founder, Tim Wikstrom, had decades of experience under his belt of coaching and speaking to large groups. I was the beneficiary of his coaching and doing more speaking myself. So, naturally, we figured we would have some type of competitive advantage when presenting our business idea to prospective investors. With my partner’s level of experience, I deferred to him to do most of the pitching.

I was still in the early stages of recovering from a major fear of public speaking and my confidence was still shaky. I wasn’t convinced of my own ability to represent the product as effectively as my far more skilled co-founder. Regardless of our respective levels of experience, neither of us was too worried about the impression we would leave because we both understood the mechanics of being impactful speakers and had a good discipline of practice.

As you might suspect, that overconfidence foreshadowed a far different outcome. Much to our chagrin, things didn’t go quite as planned. Our very first foray into pitching was in front of a group of female angel investors and, because of that, we decided we both needed to present but Tim would lead the pitch.

We each brought our own unique style and approach and, in my estimation, Tim out-shined me by a large mile. Like many people, after the pitch was over I spent more time focusing on all the things I believed to have gone wrong; my internal voice told me my performance was sub-par compared to my partner. I disregarded his years of experience, beating myself for not matching up.

“When I shared my story with the angels and spoke about my own challenges and vulnerability, they were listening differently than when Tim was expertly delivering the content on the slides.”

Several weeks later, after thoroughly dismantling my own confidence, I received a call from one of the angels who wanted to share some feedback from the pitch. She confirmed that we had successfully captured their attention and they were intrigued by our business. We were going to be invited to come back to pitch again. However, she had some recommendations going forward. I steeled myself for what I expected was going to be feedback on how Tim should be doing the pitch solo because of his obvious dominance as a presenter. Shockingly, the investor suggested that I be the one to pitch because I seemed more authentic and Tim had come across “too polished.”

I nearly asked her to repeat herself but I knew I heard her correctly. Tim was too polished? Is that even a thing? I was more authentic (despite the fact that I had an out-of-body experience and could not remember anything I said)? I immediately called Tim and, delicately shared the news with him. On the plus side, we were invited back. However, despite his demonstrated expertise, he would have to take a back seat in the next pitch. He handled it with his normal graciousness but I know, much like me after the initial pitch, he was rattled.

The power of authentic storytelling

Tim’s reflection on this feedback was that he didn’t have a story. Instead of conveying to the investors his passion for the business, he was sharing the information on the slides, albeit quite masterfully. When he thought about my delivery, he recognized that because I felt so vulnerable about my skills, I leaned into those feelings and shared my own personal story with the angels. The contrast between us was stark and the end result was that his authenticity was called into question when compared with my overt emotional appeal.

Years later, we still talk about this experience because it was one of the single greatest lessons we had as early founders. Despite the fact that other startups felt intimidated when they knew we were pitching alongside them, we secretly harbored our own anxiety that our experience as trainers was working against us. We recognized that there was a big difference between teaching and speaking. In a workshop, you are forced to wear your skills expertly because you are constantly practicing what you preach. In a talk or, more importantly, in an investor pitch, it is critical that you let your natural and authentic voice shine through.

Developing an emotional connection through vulnerability

Carmine Gallo, the prolific author of many books on mastering communication and storytelling, recently wrote an article on persuasion in which he shared the work of cognitive neuroscience professor Tali Sharot who, in her book, The Influential Mind, explains that emotions are the single best tool we have to connect with another person. When trying to persuade another to see your point of view, purchase your product or invest in your company, triggering the neurotransmitters in their brains can be accomplished by telling stories filled with emotion. When I shared my story with the angels and spoke about my own challenges and vulnerability, they were listening differently than when Tim was expertly delivering the content on the slides.

Gallo goes on to say in the article that “stories seem to be the only type of verbal communication that creates ‘coupling’ where both the speakers’ brains and listeners’ brains are in sync.” This, of course, does not negate all the things that Tim had successfully accomplished during our pitch. His skills were on point with great eye contact, open body language, and clear and passionate vocals. However, the absence of emotion made him seem more robotic than genuine.

As we have evolved our pitch over the years, we have been mindful of including our stories and connecting with our audiences very differently, enabling us to successfully raise money and demonstrate the importance of what we are selling.

3 Simple Tips To Nail Your Pitch And Win Over Investors