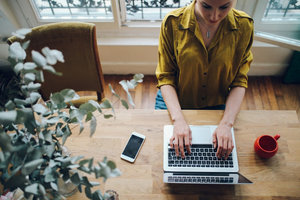 The future of work is upon us. 57.3 million people in America freelance, and freelancers contribute an estimated $1.4 trillion annually to the U.S. economy. It is expected that by 2027 the majority of workers will be freelancers. The gig economy is here.

If you aren’t familiar with the gig economy, you should educate yourself fast. Here’s a quick primer.

There are three key components of the Gig Economy:
1. Technology Platform Companies such as Uber, Lyft, Airbnb, Etsy, TaskRabbit, Upwork, etc. These platform companies have a few distinct commonalities:

Online payments, from which platforms take a cut.

Online profiles and reviews of both producers and consumers.

Goods providers such as artists, craftsmen, highly-educated professionals who have side hustles for supplemental income

3. Consumers who purchase the services (either businesses or individuals)

The freelance workforce growth has outpaced the overall US workforce 3x since 2014, and is becoming more commonplace for millennials to enter directly into the Gig Economy after college. There has been a palpable shift in mindset of work that has been evolving over the past few decades as automation has rapidly shifted the types of workers in the American workforce.

Earlier this year, LinkedIn CEO Jeff Weiner reported that communication skills were the #1 skills gap in cities across the country. This was a warning call to both employees and employers. It also bellowed out to colleges and universities desperately struggling to prepare the future workforce for gainful employment in the wake of millennials facing unprecedented student debt.

The conversation around the communication and interpersonal skills gap in today’s workplace has forced employers to shift their training focus and budgets. Soft skills training is no longer a nice-to-have and is rapidly becoming mandatory.

But, how does this affect workers in the gig economy who have no workplace training to rely on?

While the technology platforms provide the needed infrastructure to replace HR and Accounting, they are not addressing the type of training required to ensure freelancers can secure their gigs and delight their customers. With the reliance on ratings and reviews, there is a greater need for independent workers to up their game and communicate effectively.

Right now there is more demand than supply and gig workers have ample opportunities. But as the gig workforce grows and the competition for those jobs increases, strong interpersonal skills is what will set those workers apart.

So, how do freelancers make certain they have the skills needed to guarantee their own future success? It seems there is only one solution that meets the scale and need of the gig economy. Communication technology!