Does a British Accent Make You a Better Speaker? A Lesson From ‘Friends’ 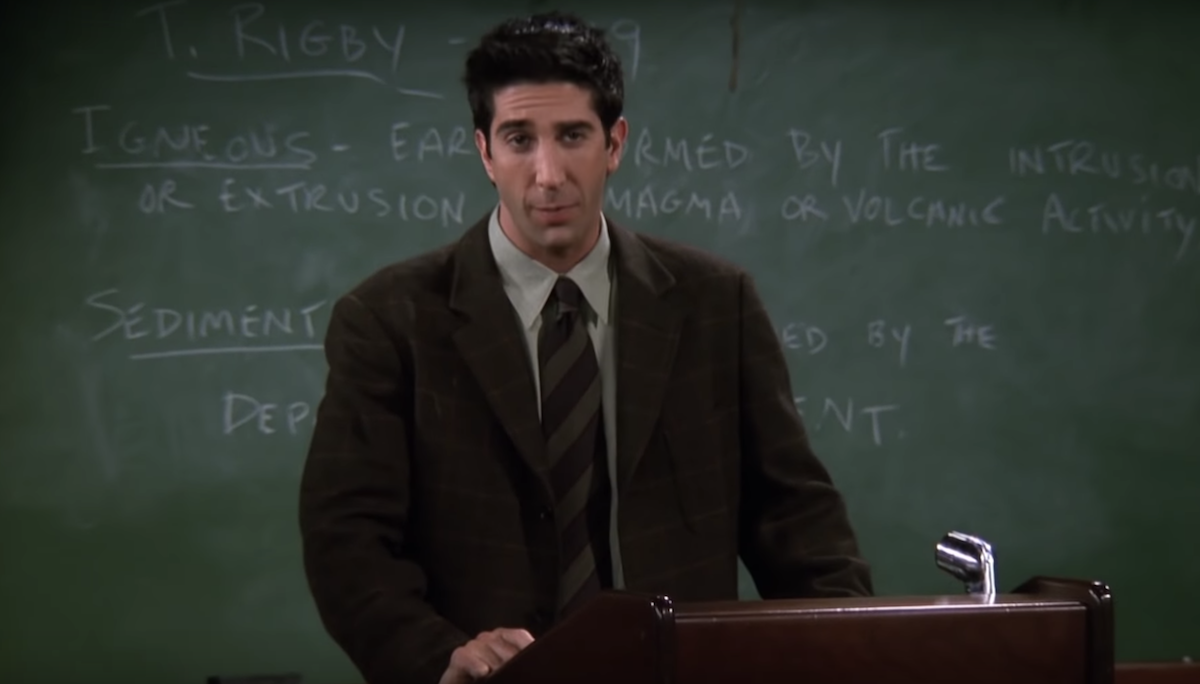 If you’re a fan of Friends like we are, you might remember that time when Ross became a professor and gave his first lecture. First, he met his pals at Central Park and did a run-through, replacing his normal cynical and fatalistic temperament with an even gloomier and downright monotonous personality.

Despite much coaching from his friends, Ross panicked when he stood behind the podium in his lecture hall and, seemingly out of nowhere, began speaking with a British accent to help him manage his tone and tempo. This new upbeat character transformed Ross’ demeanor and his speaking style. I guess on this side of the pond, a British accent goes a long way!

If you are unfamiliar with this scene, you can watch it below:

Of course, as communication experts, we strongly advise against these kinds of tactics. Had Ross spent more time practicing the way he wanted his students to experience him, he might have been able to find an authentic voice instead of trying to fool them into believing he was actually British.

In sitcoms this is funny, in reality, this will, naturally, backfire hard.

Oftentimes people think about speaking archetypes. Do I want to be like Steve Jobs or Barack Obama? Can I inspire the audience the way JKF or Martin Luther King Jr. did or would I prefer to have a more easy and approachable style like Bill Clinton or Tim Ferris?

It is important to remember that you are actually none of those people. You are you. And, even though you admire characteristics and traits of those speakers, it is most important that you be the most authentic version of yourself you can be.

For more on this topic, check out our episode of the Figures of Speech podcast with Frans Johansson, author of The Medici Effect, The Click Moment, and CEO of the Medici Group.