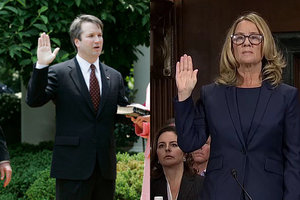 Last week’s historic Capitol Hill appearance by Supreme Court Justice nominee Brett Kavanaugh and Dr. Christine Blasey Ford, who has accused Kavanaugh of sexual assault when they were in high school over 35 years ago, was filled with riveting testimony and hostile conflict between the partisan members of the Senate Judiciary committee. Time will tell if either compelled the seemingly decided and divided members of the Senate to change their votes on the confirmation. 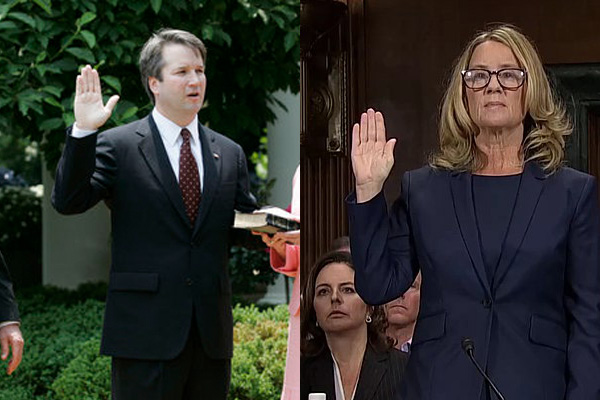 At first glance, it was easy to see that the Committee was particularly cognizant of appearances, hence the decision to outsource their questioning to a female prosecutor. For the witnesses, there was a heavy burden to convince the audience—both the Committee members and the larger national audience—that they were trustworthy and sympathetic. For Kavanaugh, a seat on the Supreme Court and his personal and professional reputation are at stake. And Ford, while under the scrutiny of millions who perceived her as standing in the way of a right-leaning court, had to navigate deep vulnerability when sharing intimate details of her life.

“There has been much discussion around how gender stereotypes have played into the perceptions of each of the witnesses’ credibility and legitimacy.”

And yet, for the American public, the hearing was a compelling lesson in how we must be aware of not just what we say but how we say it—especially in high-stakes situations. Things like tears, body language, and even anger deeply impact how we think, feel, and respond when we hear testimonies and statements in the courtroom.

There has been much discussion around how gender stereotypes have played into the perceptions of each of the witnesses’ credibility and legitimacy. In this article, we will objectively explore the Ford-Kavanaugh hearing through the lens of communication skills, and discuss how both nonverbal devices and gender norms are shaping our perception of this he-said vs. she-said matter.

1. Tears: Vulnerability vs. Humanity
There’s no argument that both Ford and Kavanaugh displayed genuine emotion in their opening statements and throughout their testimonies. While Ford shared her traumatic memories from the summer of 1982, her pain was evident as she choked back tears. Similarly, during his statement, Kavanaugh tearfully relayed the impact the accusations had on his young daughters. The use of tears, whether genuine or manufactured, is often a skillful tactic to evoke sympathy from the audience.

However, we perceive tears differently for men and women. There is always the risk of bumping into the double standard that was acutely evident in last week’s hearing—for women, crying can undermine their message as they are often labeled as hysterical or too emotional. Ford never actually succumbed to tears, and even when the Democratic senators praised her and offered empathy, she managed to keep herself composed. On the other hand, Kavanaugh had to stop and take a drink several times during his lengthy statement because he was consumed by tears.

For men, there is still a stigma attached to crying and it can be perceived as weak. However, in recent years, when men cry it often humanizes them. This might have been a deliberate tactic for Kavanaugh to combat the criticism he received earlier in the week when his appearance in a Fox News interview was labeled as robotic.

2. Anger: Reinforcing Credibility, Revealing Resent
Given the circumstances of this hearing, it would not be surprising to see some anger expelled from the witnesses. Despite the fact that Ford was relating to the Committee her memories of arguably the worst day of her life, she never once exhibited an ounce of anger. In contrast, Kavanaugh was blistering from the start. His resentment and rage over his previously unimpeachable record being tarnished could not be contained. Ford demurred more frequently than taking the offensive, carefully navigating the murky emotional waters.

As with tears, women are often judged more harshly when they display any level of outrage. Ford’s bet probably paid off because she avoided the risk of being perceived as angry and bitter which might have undermined her credibility. Kavanaugh’s use of anger (including an array of facial expressions that will likely be plastered all over the Internet for weeks to come) helped to reinforce his outrage over the allegations and underscore his claims of innocence.

3. Body Position: Connecting To Confidence, Uncovering Anxiety
We are hard-wired to read body language very unconsciously. Subtle gestures or changes in stance can alter our impression of someone.

Leading up to the hearing there was a lot of discussion about Ford’s anxiety for appearing before the Committee. In fact, in her opening statement, she acknowledged that she was terrified. She was flanked by her attorneys to help support her. Nonetheless, her body was upright throughout many hours of the hearing and she made strong eye contact with whoever was speaking to her. Despite her lack of experience in the arena (or perhaps because of it), her attentiveness and stance conveyed credibility.

Kavanaugh, conversely, strode confidently to the table and sat down alone, skilled at the art of testimony because of his years of experience as a lawyer and judge. Regardless of any agitation he might have been experiencing, he initially seemed more at ease in the environment. However, throughout the hearing, his body language shifted, giving us a glimpse into his discomfort. There was a distinct contrast between his body language depending on who was asking the questions, and his disapproval was evident when enduring more challenging and contemptuous accusations from the Democratic senators.

When receiving praise or support from the friendly GOP committee members, Kavanaugh sat upright with his arms open in front of him. He abruptly shifted when confronted, leaning back in his seat and often crossing his arms.

Were they believable?
Most of the news reports following the hearing suggest that likely no minds were changed from the testimony. Depending upon what you read or watch, you’ll hear that one or the other came across as sympathetic and believing their own truth. Ford clearly scored high marks for her composure and authenticity, and Kavanaugh heeded the message from the White House to show up guns blazing. As a nation, we will all make up our own minds as to whether or not we believe their emphatic testimony.

But as millions were glued to their televisions to watch the hearing, they could likely have turned off the sound and simply watched to get a good sense, for themselves, of how credible the two witnesses came across. Over the weekend we saw many images of Ford’s wide-eyed expression contrasted with Kavanaugh’s grimaces. And, of course, SNL took the opportunity to parody the event, showcasing not only Kavanaugh’s appearance but that of the senators and prosecutor, deftly setting the tone through exaggerated expressions and mannerisms.

Body language is perceived with great subjectivity. What looks confident to one person can be perceived as arrogant to another. Ultimately, you decide what is true for you, but understanding how and why body language impacts perception can make or break the outcome of a presentation, from Capitol Hill hearings to your next job interview.